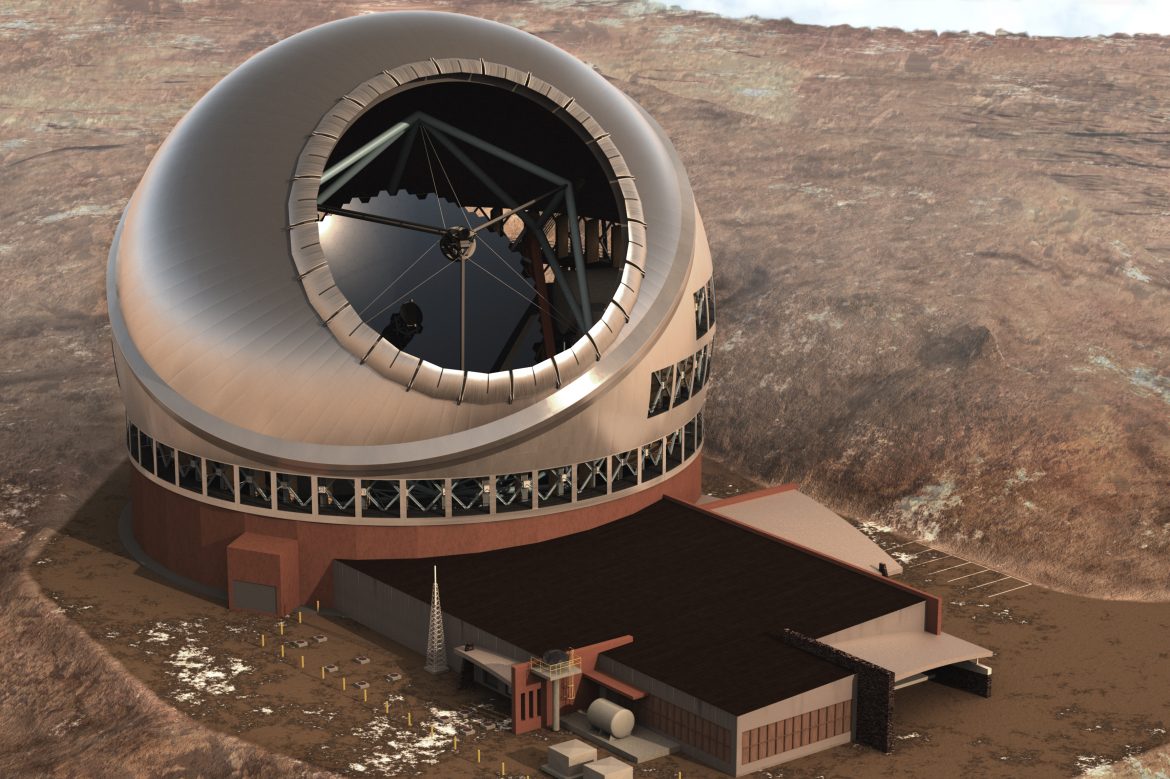 What is TMT doing to protect Maunakea’s cultural resources?

TMT is committed to a new paradigm of development on Maunakea founded on integrating culture, science, sustainability and education. The TMT project understands the importance of archaeological and cultural sites found on Maunakea and takes their protection very seriously.  From the very beginning, TMT and its planners focused on the protection and preservation of Maunakea culture and landscape. In the 2000 Maunakea Science Reserve Master Plan, the northern plateau in Area E was identified as the area chosen for the next observatory location because of its lack of archeological, cultural or biological impact. The plan also noted the concerns from Native Hawaiians that no more development on the summit of Maunakea and its pu‘u should be considered and that these cultural areas need to be protected.

Why can’t TMT be put in place of one of the existing telescopes?
The decision was made specifically to not place the TMT at the site of one of the existing summit ridge facilities.  The reason was that doing so would require a large amount of grading, most of it in wekiu habitat, and because the visual impact would be much greater. The 2000 Mauna Kea Science Reserve Master Plan identified the northwest plateau as the most appropriate location for a telescope like TMT. The specific site was selected because it is not visible from any of the places that people consider the most sacred on the mountain and because there are no archeological finds, ancient burials, or endangered native flora or fauna in the immediate area, and because a suitable site can be developed without a lot of grading.

Will TMT have an impact on the aquifer?
Although groundwater is the primary source of drinking water in Hawaii, there are no wells extracting groundwater near the summit of Maunakea. The nearest wells are located approximately 12 miles away in Waikii Ranch along Saddle Road. TMT will install a zero-discharge wastewater system, with all wastewater collected and transported off the mountain for proper treatment and disposal. As such, hydrologists have determined there is no reasonable prospect of adverse impact on groundwater.

What other environmental considerations are being made by TMT?
TMT will follow the approved Comprehensive Management Plan to protect and conserve Maunakea’s cultural and natural resources, becoming a model of sustainable astronomy. During construction, TMT will have cultural, archaeological, and construction monitors on site at all times.

How will the TMT be powered?
TMT will be conected to the local Hawaii Island power grid, just like the other observatories currently on Maunakea.

Will nuclear power be used?
No.

How will the project benefit the Hawaii community?
TMT launched The Hawaii Island New Knowledge (THINK) Fund in 2014 to better prepare Hawaii Island students to master STEM and to become the workforce for higher paying science and technology jobs in Hawaii’s 21st century economy. TMT makes an annual contribution of $1 million to the Fund, which is administered by the Hawaii Community Foundation and Pauahi Foundation.

What is TMT paying for lease rent?
Starting in 2014, for the first three years, TMT will pay $300,000 followed by $400,000 for the fourth and fifth years, $600,000 when the structure is built, $700,000 when the instruments and mirrors are placed, and $900,000 in the 10th year of construction. After that, TMT will pay $1 million a year while the telescope is in operation. Eighty percent of the lease rent goes to the Office of Mauna Kea Management to steward the mountain and the remaining twenty percent goes to the Office of Hawaiian Affairs.

How many jobs will be created to operate TMT?
Thirty Meter Telescope will supply much needed employment opportunities and possibilities for businesses to assist TMT’s development, operations and maintenance. During the 8- to 10-year construction timeline, TMT will create about 300 local and specialized construction jobs. Once the telescope is completed, TMT will expend about $26 million annually in observatory operations and employ about 140 employees.  TMT’s commitment is to fill these positions with as many Hawaii residents as possible.

What has TMT done in terms of community outreach?
TMT understands and is sensitive to the cultural significance of Maunakea. That is why it has engaged the Hawaiian community throughout its eight-year planning process.  In that time, TMT has:

Is there support for TMT in Hawaii?
There continues to be majority support in Hawaii for TMT. A Hawaii statewide poll contracted by Pacific Resource Partnership in March 2017 found that 72% of likely voters support TMT on Maunakea, up from 62 percent in 2015. In addition, a Hawaii Poll commissioned by the Honolulu Star-Advertiser in March 2018 found that 72% of Native Hawaiian registered voters expressed support for the telescope, while 23 percent were against and 5 percent were undecided.

From a science perspective, why build TMT?
TMT scientists selected Maunakea after a rigorous five-year campaign spanning the entire globe that measured virtually every atmospheric feature that might affect the performance of the telescope. Located above approximately 40 percent of Earth’s atmosphere, the site at Maunakea has a climate that is particularly stable, dry, and cold; all of which are important characteristics for capturing the sharpest images and producing the best science.

TMT’s location in Hawaii will maintain the U.S.’s 150-year long leadership position in astronomy research, discovery, and innovation by leveraging the capacity and abilities of TMT partners’ existing astronomy facilities in Hawaii including Keck, Canada France Hawaii Telescope and Subaru Observatories. Leveraging these facilities will provide opportunities to coordinate and create synergies in scientific programs and instrumentation otherwise not possible.

The TMT telescope will provide extremely sharp images that will allow astronomers to see much fainter and more distant objects than possible with existing telescopes, and to study them in greater detail. This represents the possibility of pushing our vision farther into space and our understanding farther back in time to help answer fundamental questions about the universe. It is very likely that TMT will enable discoveries that we cannot even begin to anticipate today. 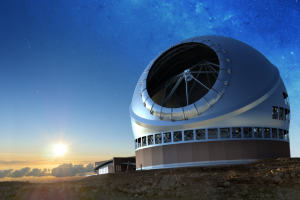