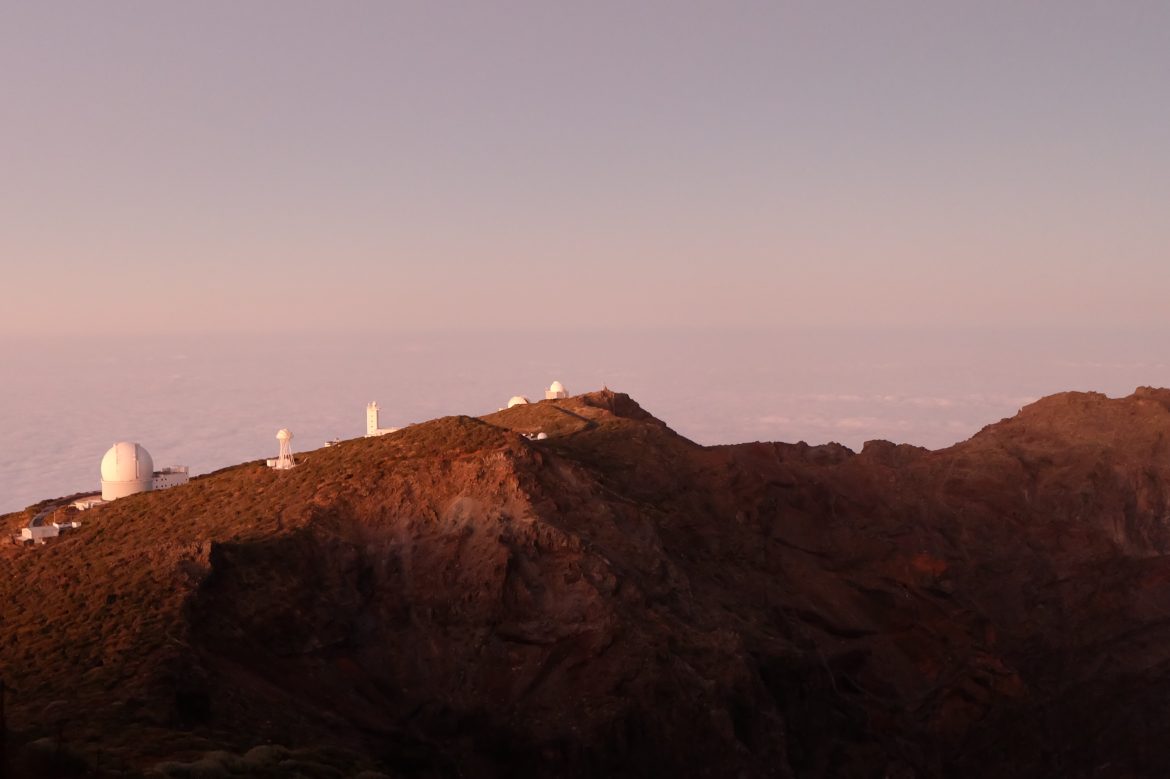 The Dutch Open Telescope also called DOT, for its acronym in English, received its first light in 1997 and is one of the two solar telescopes that the Observatory of Roque de los Muchachos has. Its particular construction: open, built on a steel tower and without the traditional vacuum system used to reduce atmospheric turbulence caused by solar radiation, stand out in the palm landscape.
This innovative optical telescope uses the wind as a fan and guarantees high resolution images on the solar atmosphere, which together with its discovered construction, allows it to record films from the photosphere and chromosphere. 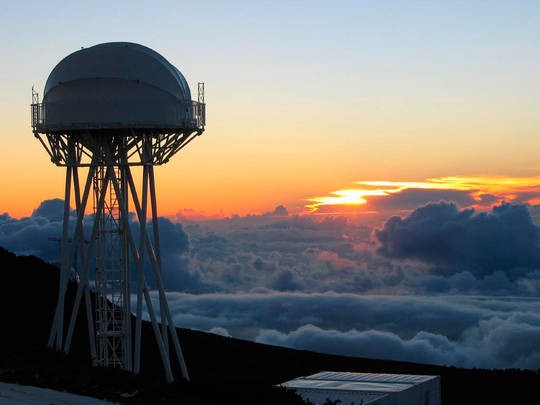