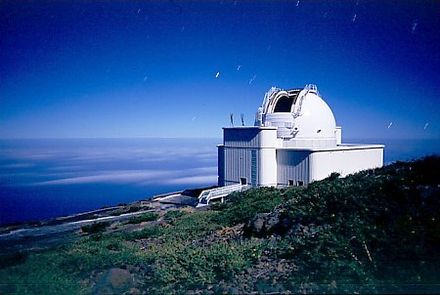 Initially built in 1967 in Herstmonceux (Sussex, United Kingdom), in 1984 it changed headquarters seeking to improve its efficiency. Its relocation to the island of La Palma served, in addition to improving the observation conditions, to provide the telescope with a new high-quality primary mirror that, together with the modernization of its technology, would allow it to see decades laterthe first evidence of the existence of a stellar black hole in our galaxy.

The INT is part of the Isaac Newton Telescope Group (ING) which also operates the William Herschel and Jacobus Kapteyn telescopes and was jointly developed by the Particle Physics and Astronomy Research Council (PPARC) of the United Kingdom, the Nederlandse Organisatie voor Wetenschappelijk Onderzoek (NWO) of the Netherlands and the Institute of Astrophysics of the Canary Islands (IAC).