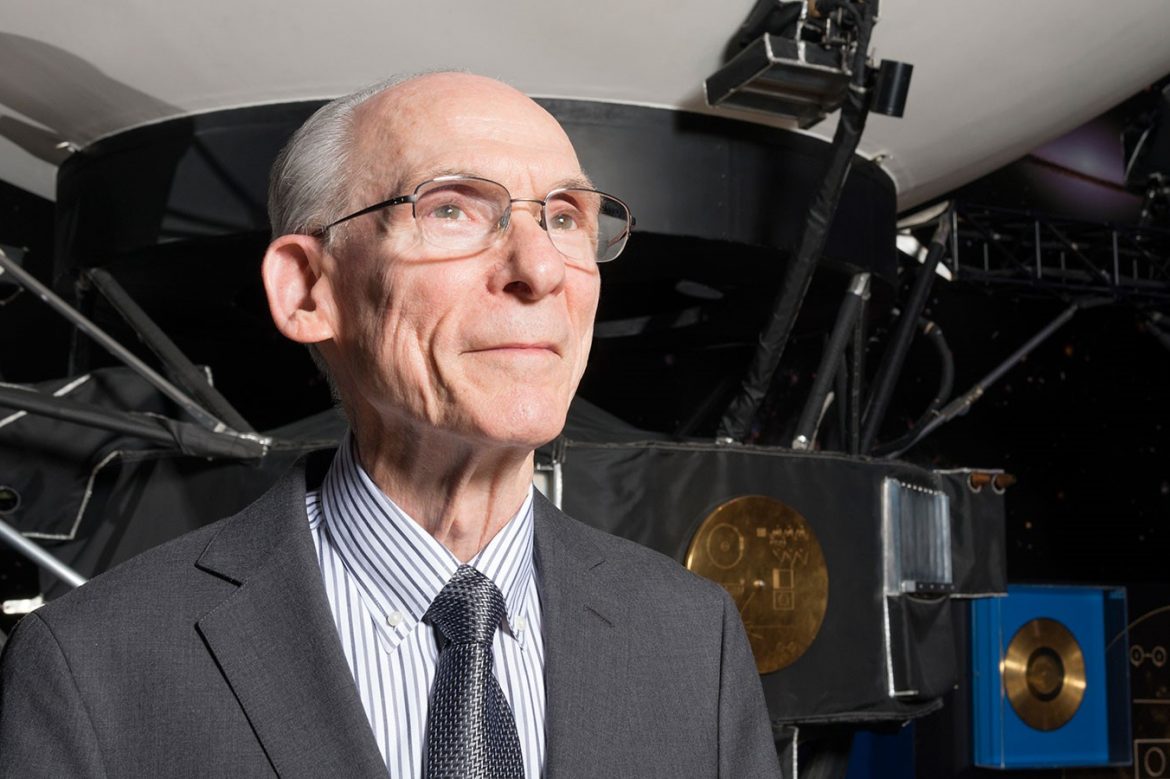 Stone has served as the project scientist for NASA’s Voyager mission since 1972. The Voyager project consists of two spacecrafts launched in 1977 to explore the farthest reaches of our solar system. Under Stone’s leadership, the Voyager project has transformed our understanding of the four giant planets of our system (Jupiter, Saturn, Uranus and Neptune), as well as the outer solar system.

The Voyager’s scientific accomplishments, as well as its duration of over four decades, make it an unparalleled mission. The Voyager mission is managed by NASA’s Jet Propulsion Laboratory (JPL) in Pasadena, California.

Professor Stone, former JPL Director and Vice Provost for Special Projects at the California Institute of Technology (Caltech), currently holds the position of David Morrisroe Professor of Physics at Caltech and is on the Board of the Thirty Meter Telescope project.

Congratulations to Ed Stone for these historic scientific achievements and vital discoveries. An exceptional leader and inspirational figure in the field of space science, he has led and coordinated outstanding contributions in academic and scientific research.